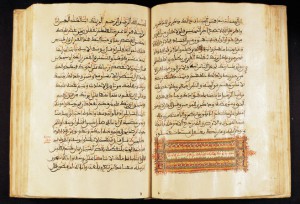 Vipassana’ can be translated as ” insight “(intuition) or” superior knowledge “.

In this form insight is a central part – and also the culmination or apex – of the original teaching of the Buddha.
Buddha mainly speaks of the understanding of the three universal characteristics (also called the three signs or three characteristics of existence)
1) ” anicca “= impermanence, changeability, instability;
2) ” dukkha “= unsatisfactory state of things, imperfection, the responsibility for the suffering;
3) ” anatta “= non-self, the absence of an enduring and fixed core in a human being (usually called ‘soul’).
Insight (or vipassana) can be described as “a clear vision of how things really are” – more clearly and deeply than the normal human experience.

For this purpose, in Buddha writings, there is also a great emphasis on the development of concentration of the mind, which gives the mind a greater power of clear vision or insight Emoticon smile mind non-distracted, focused).

The ” Maha Satipatthana Sutta “is probably the oldest text wich contains the most detailed instructions for the practice of Vipassana.
As a formal meditation practice Vipassana is always connected with a deep concentrated mind.
This practice of deep concentration is called ‘Samatha’.
The term ‘Vipassana’ does not occur very often in the Sutta (a part of Buddha writings), and when it does, it is usually in the form of “samatha-vipassana”.

Vipassana meditation as we know it today was born (or better, reborn) in Burma .
The original practice was somehow lost or forgotten and only in the first half of the twentieth century there was a sort of revival of the practice of vipassana.
This practice of the first revival or rebirth has been regarded as something reserved only for monks, while to the laity belonged mainly the devotional practice, so as to support the monasteries
The monastic practice was mainly samatha, deep concentration meditation.
Its very important to clarify this point : the formal practice of vipassana is not needed nor necessary for the proper practice toward enlightenment . It is a powerful tool, but many have evidently reached enlightenment even without this meditation technique.

The form of vipassana, as we known it today in the Western civilization, is based on two old monastic approaches, both born in Burma.
One was developed by two monks, Jetavan Sayadaw – Mahasi Sayadaw , this approach uses in the Vipassana the technique of labeling = ‘label’ experience;
The second approach, developed by the monks Webu Sayadaw – Ledi Sayadaw – U Ba Khin – SN Goenka, use body sensation as an object of meditation.
These two techniques, somewhat artificial, have their basis in the original writings of the Pali Canon, but are even more based on the Abhidhamma (which is considered to be the heart of Buddhist psychology) and its commentary, written 800 years after and called ‘ Visuddhi Magga ‘, by the Buddhist scholar Buddhaghosa .

It ‘good to know that these two new approach from Burma, have been specially designed and developed primarily for lay people , who have only limited time for practicing on a day by day basis, and ,perhaps, for these reasons they have become so popular in the West.

A new boost was given to the Vipassana tradition by the Monks of the Forest of Achan Chah , of the Thai Theravada tradition, which, again, released the practice of vipassana and samatha joint together.